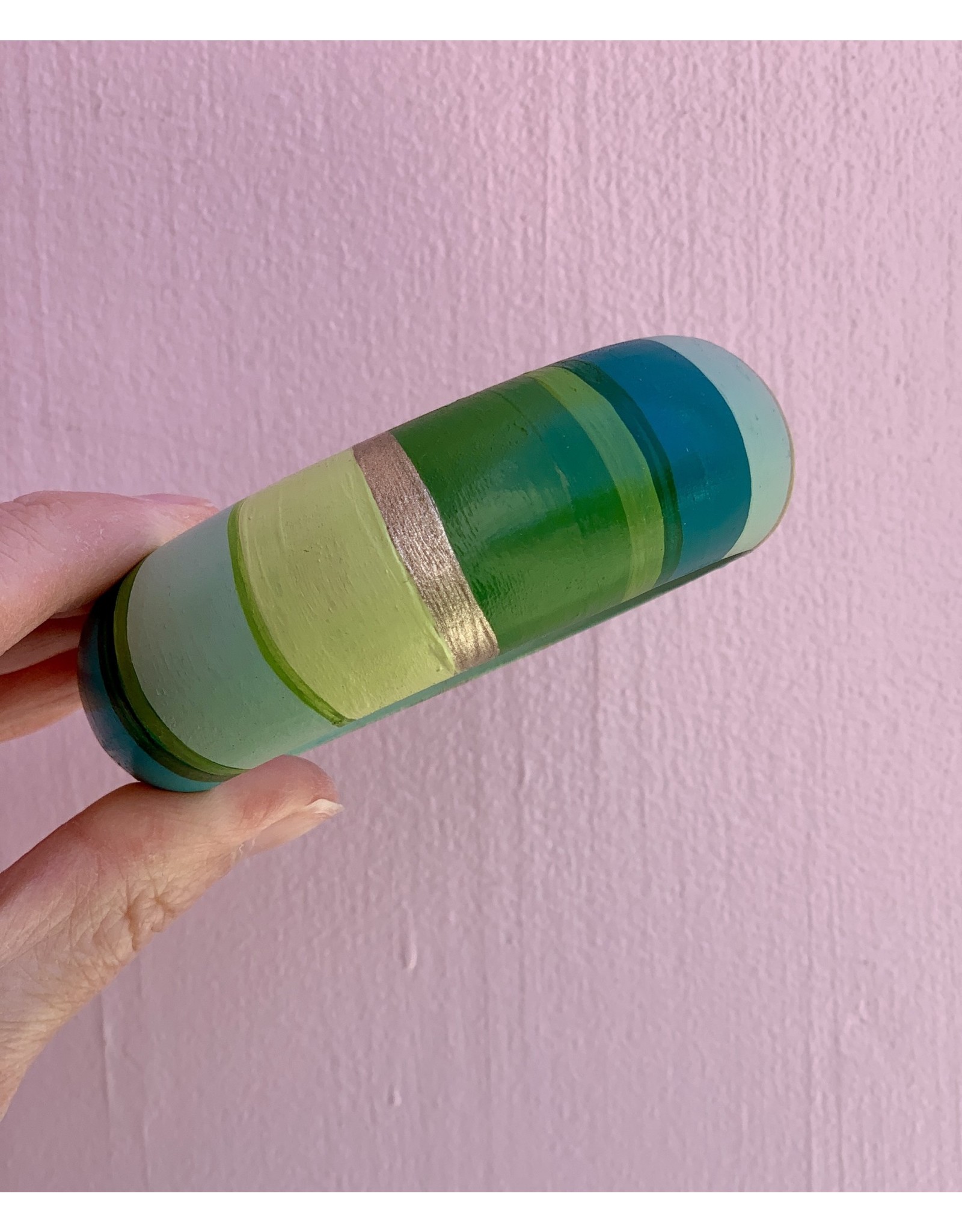 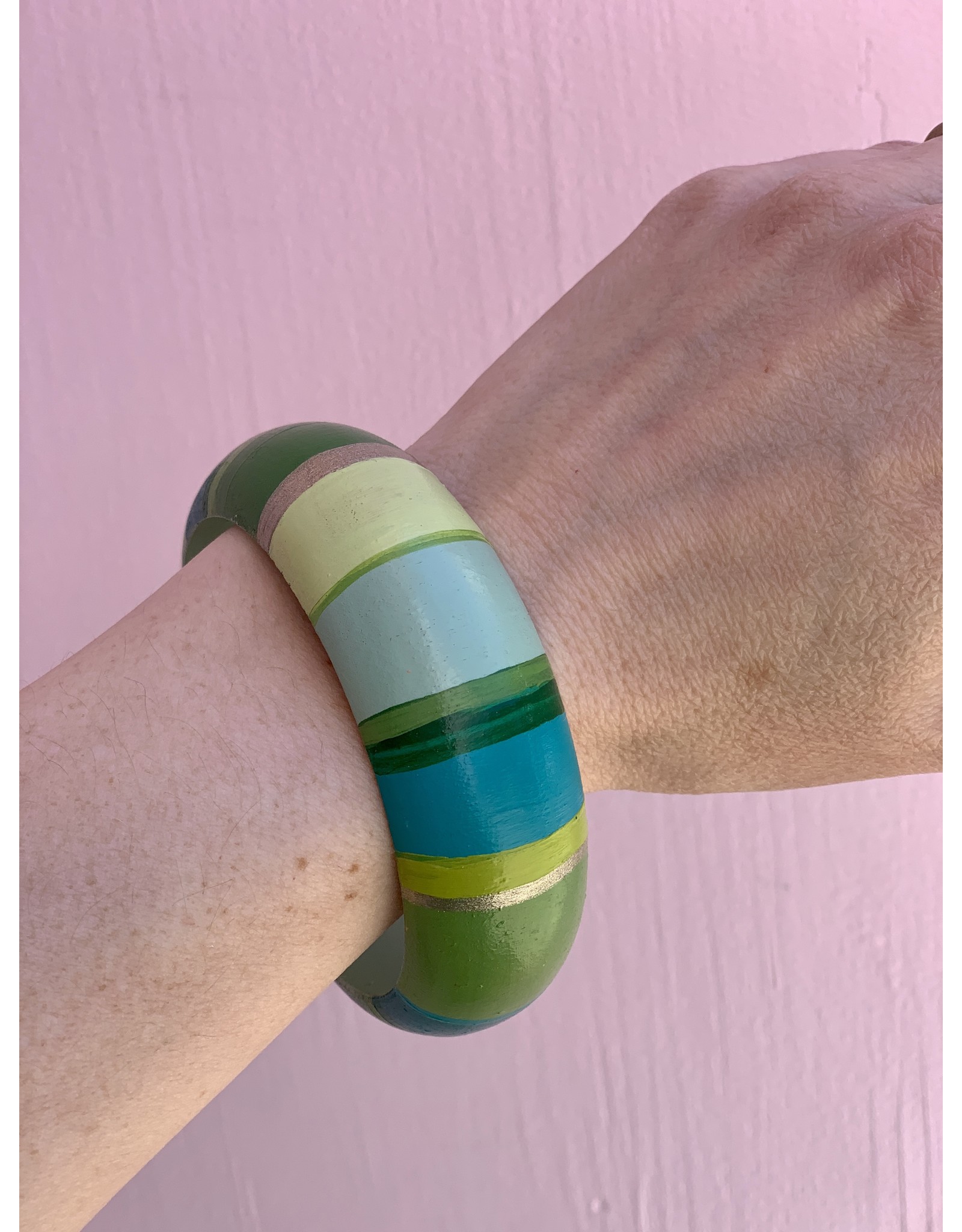 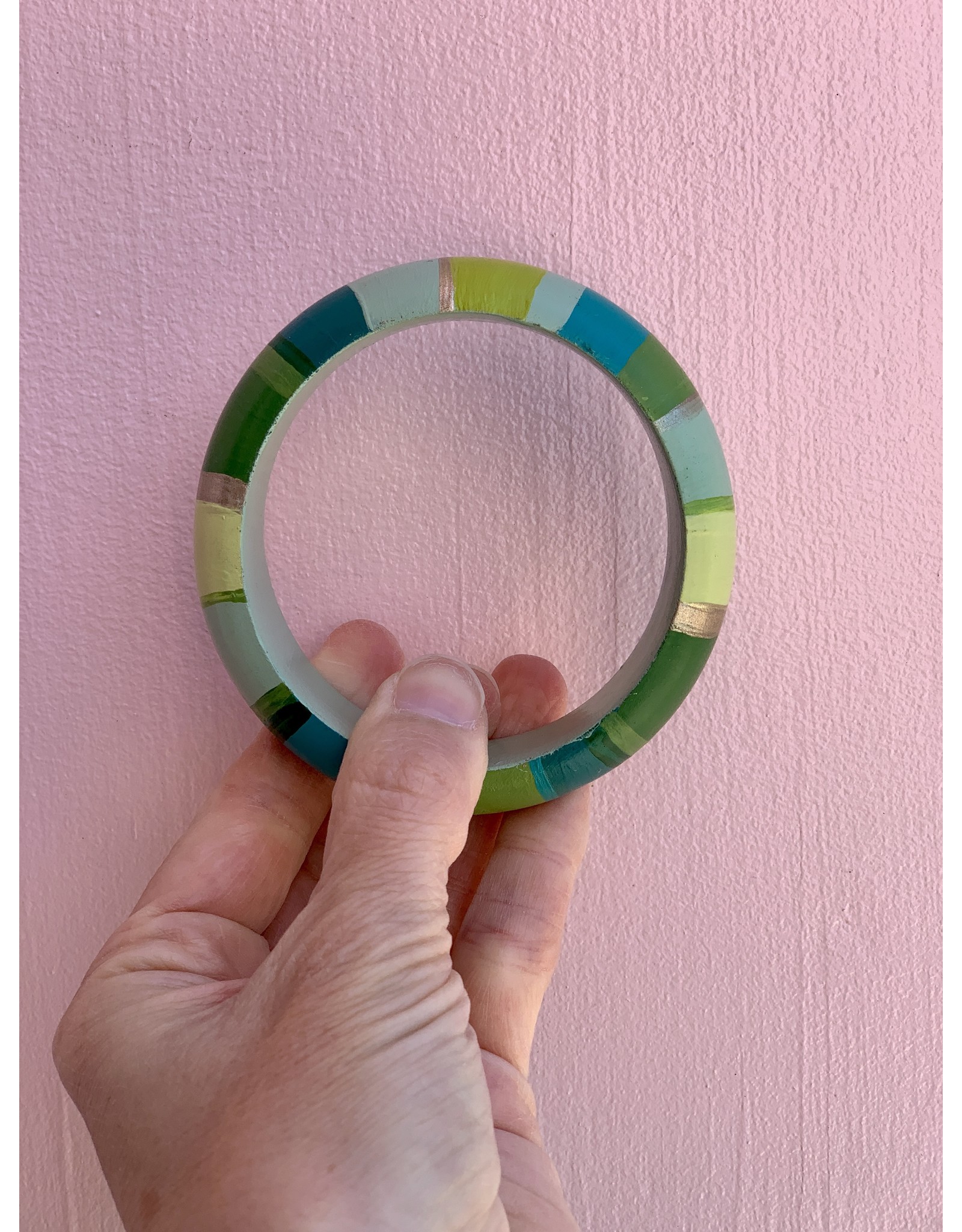 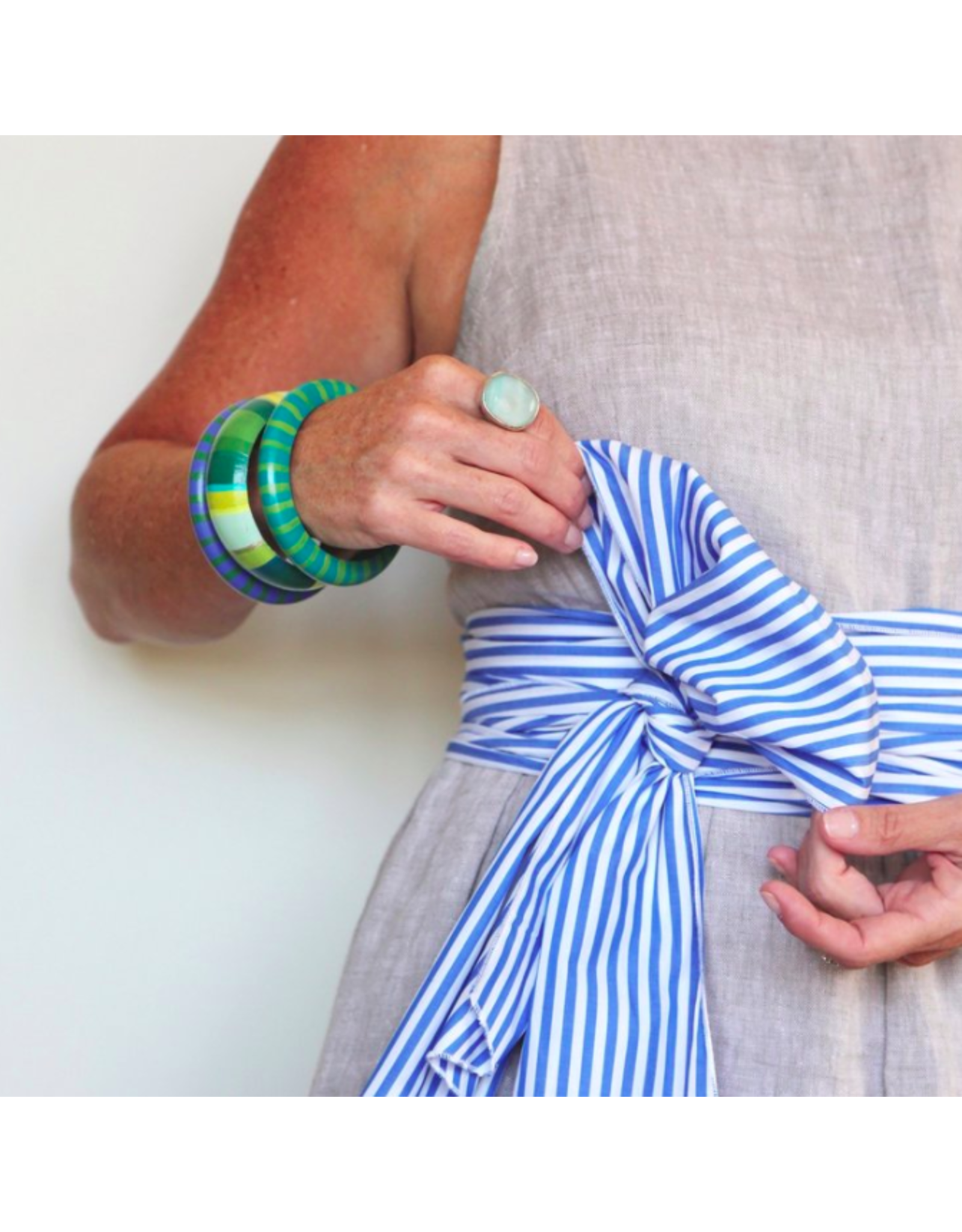 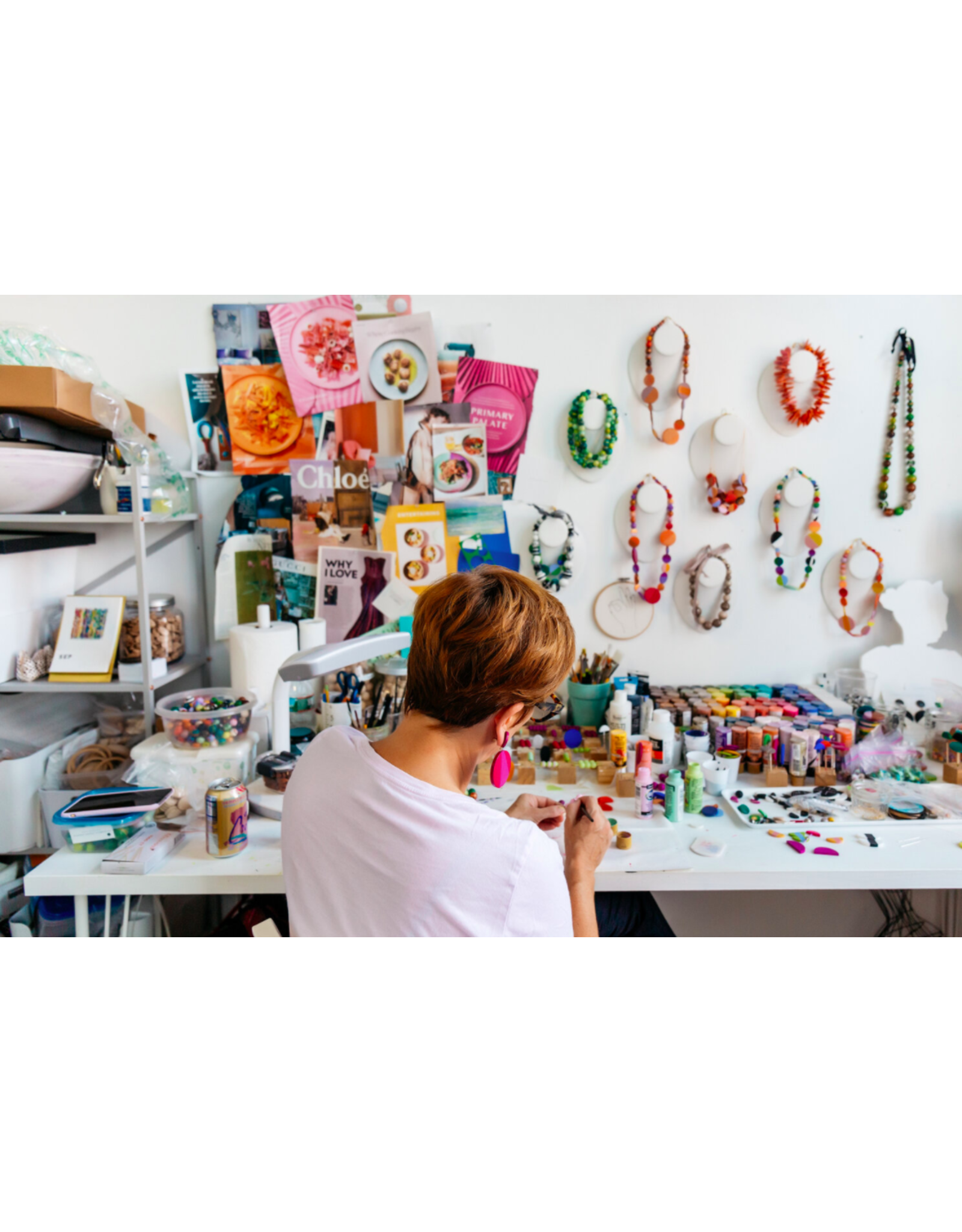 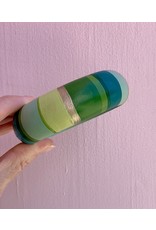 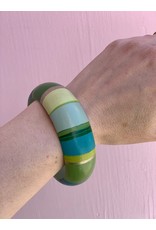 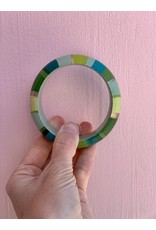 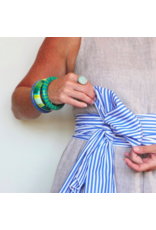 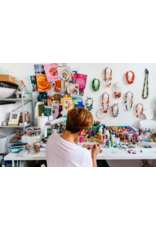 We adore this bracelet painted by Elizabeth Crane Swartz.

Elizabeth makes colorful, hand-painted statement jewelry in her studio in Rhode Island. She’s always been fascinated by color, pattern, and form. She comes from a long line of creative and entrepreneurial women and credits their support and encouragement for fueling this creative therapy.

Elizabeth graduated from Skidmore College where she majored in Studio Art with a concentration in Graphic Design. After a brief stint in New York City working for GQ Magazine, she married her college sweetheart and started a family. When her three children were little, she hand painted home accent pieces and children’s furniture for their rooms but eventually, Jack, Lulu and Abby outgrew step stools and high chairs so she had the genius idea to start making things for herself. In 2005 she made her first hand painted necklace and soon after began taking requests from family and friends.

After years of moving around the country for her husband Robert’s job, all while making jewelry as a side hustle, they settled in Providence, Rhode Island in 2017. Elizabeth’s three children were grown and she realized It was the perfect time and place to make the switch from part-time virtual office manager to full-time artist.